Which Olympic favorites will miss their mark and which unknown athletes will rise to national prominence? E-Poll will be measuring the impact of the games on the future stars, former champions and the brands who work with them.

Using E-Score Brand and Celebrity, here is a look at the key players of the London 2012 games as competition gets underway. 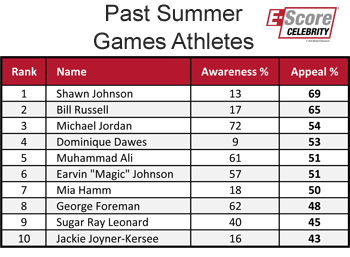